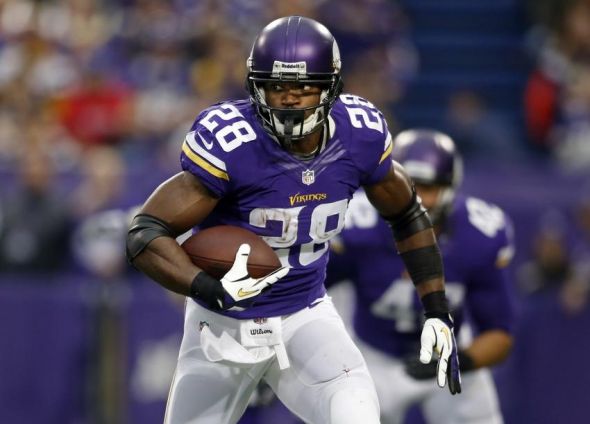 Chances are likely that the Minnesota Vikings won’t make a franchise altering move before Thursday’s NFL Draft and it all depends who they select on Thursday on how franchise altering Thursday might be. If the Vikings were smart they would pull the trigger on an Adrian Peterson trade between now and then.

I can hear you already saying, ‘Collin! They can’t trade Adrian, he’s awesome and popular!’ That’s the problem.

The rule of thumb is that NFL running backs start to break down around the age of 29 or 30. Adrian Peterson is currently 29. He is still productive enough to be valued by a contending team, though. For a team like the Vikings that is in rebuilding mode and realistically a couple of years away from Super Bowl contention, Peterson doesn’t really fit into any plans or at least he doesn’t need to.

The Vikings find themselves in an interesting spot. When it comes to in terms of football, purely just the sport, it’s a no-brainer to trade Peterson. Football, NFL football, is not just football, though. The NFL is a business and that business keeps Purple Jesus in purple.

Adrian Peterson sells tickets and that’s why he’s still a Viking. Peterson is the only guy this team can currently plaster on billboards with everyone knowing who he is. Peterson has been that guy for his whole career with the Vikings other than two years when a certain Mississippi native was playing gunslinger, er, quarterback. The Vikings moving to the outdoors for a couple seasons and the fall out of sorts from the seat license fiasco all results in the email being sent from a New Jersey mansion to Rick Spiellman  that simply says, ‘Don’t trade #28.’

Sports being a business brings a lot of ethical questions up and only about 120 people have to face these ethical questions.  We’ve found out recently that despite the group being so small, some pretty unethical people get in.

The Vikings would be a better team without Adrian Peterson in the long run, but they are not trading him for the business aspects of the team. Is that right?

I’d think the Vikings would make more money in the long run by winning a Super Bowl than holding on to one guy, but there might be a reason that I type this on a laptop and I’m not saying it in a conference call at Winter Park.

At one time in the world of sports it was all about having a winning team and a team that might just win the championship in their sport. Now it is about making as much money as you can with the assets that you currently have. That’s the way business is and sports are now a business, we just have to deal with it.

I would trade Adrian Peterson. Everyone that could look at the situation rationally from a football sense would trade him too. It’s funny looking at football decisions by jersey sales, but that’s the world that we live in. It’s also the reason that Johnny Manziel would be an owner’s wet dream.