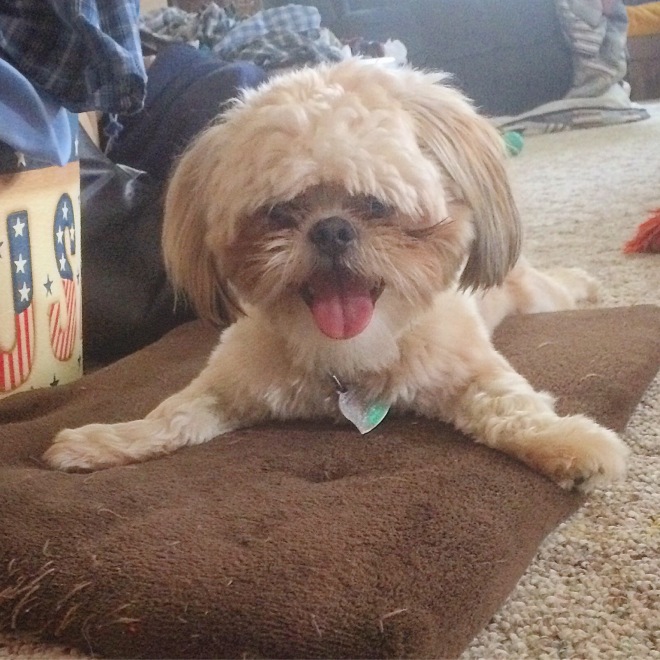 I’ve been the proud full-time beneficiary of two dogs in my life. I call myself a beneficiary for two reasons: my parents are the ones who bought the dogs and I’d bet that I’ve benefited more from the two pups being in my life than vice versa.

My first dog, Rusty, was around for a long time. One of my first memories is going to pick him up and he made it into my high school years. He was an energetic dog and would chase virtually everything he could. That chasing regimen didn’t change until he couldn’t really hear the things he’d love to chase. He was an outside dog that didn’t get as much attention as he deserved, but still he’d meet us at the car every time we’d come home and be ever so happy to see us.

Dog number two is the current dog: Kirby. Kirby just turned one and we are just coming up on the one-year anniversary of him being in our lives. He loves to play tug-of-war and run down the driveway when it’s time to go to the bathroom. He also loves to chase things, despite being maybe 10 pounds. While Rusty was successful in catching things, Kirby couldn’t quite capture a butterfly yesterday.

When the front door opens, no matter where he is, Kirby runs to the front door to greet whoever is walking in. This running is not a defense tactic to protect whoever is already in the house, you can tell it’s out of pure excitement just by the look on his face.

I know these stories don’t just belong to me. Dog lovers everywhere are the proud beneficiaries of having these, typically, four-legged friends in their lives. It’s an incredible thing to think about, too.

I wasn’t a genius in science classes, but I did learn that dogs and humans are not the same species. We can communicate, but the process for this communication is like a very bad improvisational comedy sketch where you don’t know where your partner is going so you just go along with it and hope they are leading you to a good place. Humans and dogs communicate in different languages, but somehow when I say the word ‘outside’, Kirby will bark and confirm his need to go do his business. It’s really a more efficient conversation than some we have with other humans.

For the most part, dogs accept our schedules. There might be some accidents here or there, but they just blindly trust that we’ll eventually come back.

They’re adorable. You and I might think that a certain dog doesn’t exactly have the best look, but there’s always going to be someone out there that thinks said dog is cute. 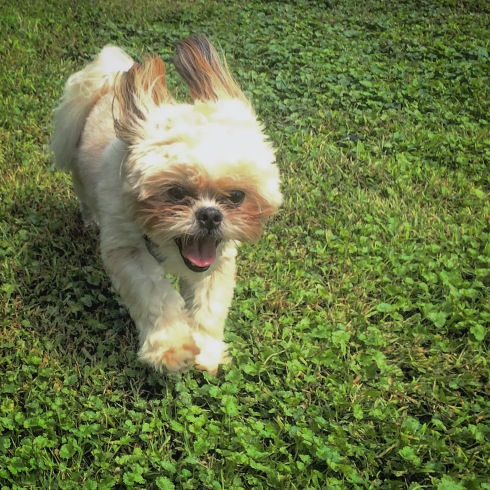 Pups don’t care if we laugh at them. Kirby didn’t care that I couldn’t stop laughing as he went head-first into the ground and did a somersault because he was running too fast on an incline or when he wiped out on the hardwood floor after chasing a toy. He gets up running with a smile on his face.

We all know these things about dogs and the proof in that is the fact that we still have dogs for pets. If we didn’t know this, in that parallel universe, I’d probably be writing about why we don’t deserve penguins. We don’t deserve penguins either with their adorable tuxedo-wearing selves, but that’s a whole different topic.

In this world, there are a lot of things that we are simply not appreciative of enough: our family, our education, really good music, the perfectly baked pizza, etc. On that list is the never-ending love that dogs give us, sometimes we just expect and accept that love. We shouldn’t be taking that love or any kind of love for granted.

Dogs have so much love that they just want to give it to virtually everyone that they come in contact with. That’s a beautiful thing. We are at a time in the world where we could all use that love. Love by itself doesn’t heal everything, but there can be no healing in this world without love.