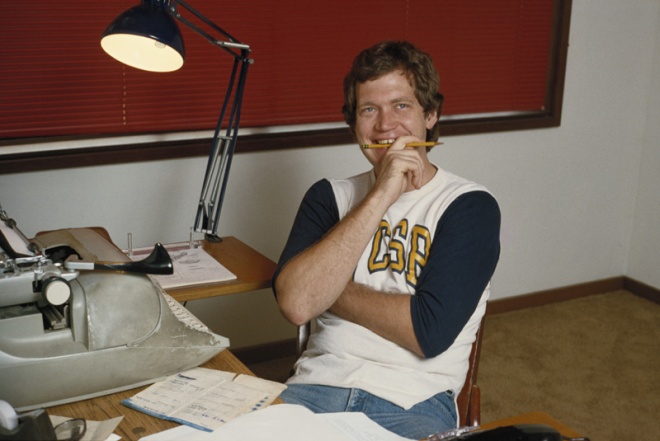 Posted on May 14, 2015 by Collin Kottke Posted in Collin's Blog, EntertainmentTagged David Letterman

What can I say about David Letterman that hasn’t already been said? We all love the guy and for a comedy nerd like me, he is truly nothing less than a godsend. I don’t think there’s any other way of putting it.

I’ve been thinking about what I wanted to say about David Letterman for the last couple of weeks. I’ve watched a lot of Dave and I’ve tried to collect my thoughts and nothing substantial has hit. I haven’t had a huge epiphany, but maybe that’s the point.

Like Conan O’Brien said in his piece in Entertainment Weekly, Dave made such a seismic shift in comedy that it’s taken a long time to realize what he did. Seriously, it’s taking some the last couple weeks of his historic run to comprehend the fact that Dave literally changed the game.

All of these weird bits that you see on Jimmy Fallon and Jimmy Kimmel and Conan and James Corden and a million other shows can all be traced back to Letterman in some way, shape or form. Dave was a pioneer with a gap in his teeth like the true pioneers students read about in textbooks.

The Top Ten List is the most simplistic of a comedy bit, but it’s still comedy gold. Absolute gold. Ten jokes about one certain topic and some lists bombs, but some lists, oh my God, were hit out of the park, that park being Yellowstone.

I’ve said before that Craig Ferguson was my generation’s David Letterman which is a big statement to make, but I think the last few weeks of Letterman have proved their similarities even more. Ferguson ran a show that hated show business and so has Dave, but he hasn’t let that really show until late. Some of the best stuff Dave has done has been in recent weeks using the tactic that made Ferguson great for years, too.

I wish I could focus more on Dave because his career deserves that attention, but he still amazes me to this day that I still can’t wrap my head around it. It’ll never fully sink in for me that Brett Favre played for the Vikings and I’ll never fully comprehend what Dave Letterman and Paul Schaffer have done for me.

A million people don’t want Dave to leave and you can count me in that million, but it really did take his leaving to show us what we are missing. Stephen Colbert is going to bring a totally different package, but I have no doubt in my mind that he’ll do the Late Show name justice.

Thank you for being my Carson.

Beyond the awesome team success, it was an ultra-special season for the Kottke family by having Sara, Rachel and Kristi all playing on the same team with Kaitlyn being an assistant coach. I love these four beyond words and I am so proud of the hard work they put in to the game of basketball. I’m so excited to see where basketball takes all of them in the years to come and I can’t wait to be right there cheering. KK, Dynamite, Rach and T, I love you all so much! 🐴🏀💙 📸: @k8maiers & I
This year’s run might be done, but this is just the beginning of the stampede. This is just the beginning of something special and it’s going to be something to watch. This season might be over, but I’ve learned it’s always basketball season. Thank you, Mustangs, for giving us a great season and being great people to cheer for. I’ll forever be proud of this group. 🐴🏀💙 📸: @k8maiers
Two down. 🐴🏀💙 📸: @k8maiers
One down. 🐴🏀💙 📸: @k8maiers
Regular season over... baby, let the games begin. 🐴🏀💙
My other Valentine: the game of basketball. 🐴🏀💙
A black and white photo makes it feel timeless and that’s what your love is. The picture may be in black and white but you fill my life with so many beautiful colors. I’m the luckiest guy. I love you so much, @k8maiers! ❤️
Ask us about adopting a greyhound today! 🐴🏀💙 📸: @k8maiers
I’ve been to a lot of basketball games. This was the only one, so far, where a pan of freshly made caramel rolls was auctioned off for $500 at halftime. 🐴🏀💙 📸: @k8maiers