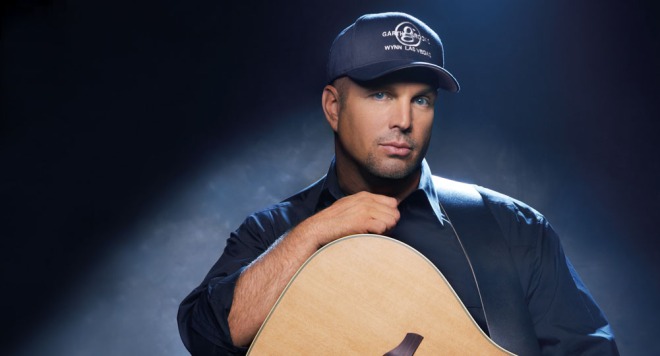 Nothing is by accident for Garth Brooks. Every single move is planned and thought through before the general public even has an inkling of what the third-highest record selling artist of all-time has up his sleeve.

A quick basic background on Garth: he retired in the early 2000’s to raise his girls while they went through elementary and high school and vowed to return after his last child went off to college. His last child has left for college and Garth is out of retirement with a full-fledged world tour and new album. The man who dominated and revolutionized country music, and music as a whole, in the 1990’s has returned to his loving fans. Garth paved the way for country artists like Taylor Swift to convert over to the pop scene. Don’t hold that against him.

Garth is the king of marketing. It’s the subject that he majored in at Oklahoma State University and it shows in everything that he does in the public eye. If you see Garth across any newsfeed it’s because he wanted to be there in that exact moment.

For years and years, Garth has avoided social media like it was the black plague. He didn’t touch it. The closest thing you could find to a legitimate Garth source on Twitter was his wife, fellow country star Trisha Yearwood, or the account for his charity, Teammates for Kids. That’s all you could find. There was no official Garth Facebook page either. There was the awkward shell of one that Facebook pulled together from the Wikipedia listing of the country icon, but that’s all that could be found. That changed on Tuesday when Garth went social.

What was significant about Tuesday? It was also the release day of his first studio album in thirteen years. Garth bankrolled the press he would get for his Man Against Machine album and added to it the storm that he would get for joining social media. It’s a big story that the guy who isn’t on iTunes or Spotify joined the likes of the public in sometimes useless banter. Two big Garth stories on one day means about double the stories that are written about him. Garth knows all too well that he needs a lot of frequency. The more you see his name, the more likely you are to buy his album or buy anything from him.

The best thing is that Garth knows how to market this in a way that a lot of people won’t question it. In the first post on his new Facebook page Garth said that a friend told him to look at social media as a conversation directly between the artist and his followers. That might be a legitimate reason why Garth ‘changed’ his view on social media, but there’s no way that that friend told him the morning of his new album release and Garth somehow got meetings at Facebook and Twitter headquarters. Garth had this planned for a while. It might’ve been for a long time. Who knows? Well, more people than we probably think.

Brian Mansfield, music critic for USA Today, tweeted that Garth has had his current world tour planned out for years according to the infamous not named Nashville insiders. Maybe, just the skeleton of it, but Garth knows how to put together a body better than most. We don’t need to look far to see the evidence of this, in fact we just need to look at Garth’s tour stop in downtown Minneapolis at Target Center.

While Garth has been the home team for Target Center in November, it really is supposed to be the Minnesota Timberwolves’ home team. That hasn’t been true. The last home game the Timberwolves played at Target Center was on November 1. They won’t play their next home game at Target Center until November 19. That’s an unheard of stretch of days away from home for an NBA team. The funny thing is that the NBA schedule came out before Garth announced that he would be coming to Target Center. The NBA and Target Center just happened to schedule an awkwardly long road stretch for the Wolves? I don’t buy it.

Speaking of buying, Garth knew exactly how many tickets he’d be selling in Minnesota, or at least close to the number. I am convinced he knew he’d sell out more than four shows, the initial amount he offered. Garth knew that he was going to break his ticket record in Minneapolis like he did the last time he was in town. The headline looks a lot cooler for Garth if it says he added six, SIX, shows and sells out 11 compared to just selling out four shows.

I helped sell out those shows. I bought that album, twice. Yes, I bought the album twice: one physical copy and one digitally. It was the first album Garth has released digitally. He did it through a new online store he helped find called Ghosttunes because, well, more headlines. Oh, the physical copy? I wanted to be able to hold it in my hand, which is just me, but I also bought the ‘Limited Black Edition’ for four dollars more at Target. What’s special about the special ‘Limited Black Edition’? The color. Seriously, just the fact that the album cover has more black to it was enough for me, and thousands or millions more, to buy the same exact album for four dollars more.